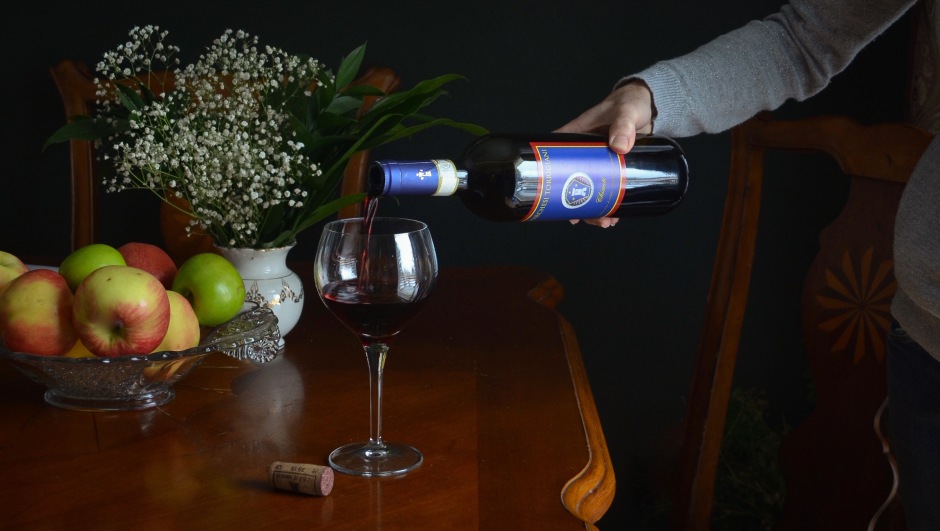 Living in Italy during my early twenties was like experiencing an epiphany or, one might say, a “Big Awakening.” I found everything to be, in a way, more authentic, raw and real. The people are more genuine and passionate, the food is purer, fresher, more life-giving. It goes with out saying that the coffee is far better and the wine is an institution of the kind I had never experienced before. Growing up in the US, albeit with European grandparents, wine didn’t play a big roll in our everyday lives. I remember, at holidays, my grandfather would pull out a Magnum-size bottle of Sutter Home White Zinfandel from the refrigerator with much ado, and I might get a little taste, poured into a liqueur glass. Until I was 18 and boarding a plane to Europe, that Zinfandel was the sad extent of my wine knowledge.

The American wine revolution of the 80s and early 90s had not yet peaked, so experiencing the vast arrays of Italian wines while living on the Tuscan coast was nothing less than revolutionary to me. In Italy, every meal eaten out was accompanied by a carafe of the house red. The house red because, in our naïveté, we knew no better options – and in every single case the wine was excellent. I often say moving to Italy was a culture shock, but the bigger shock came when I moved back to the United States three years later. Suddenly not having access to the things so common in Italy felt as if I had become a prisoner in my own homeland. I remember vividly, the disappointment of my first Starbucks latte in the Cincinnati airport, fresh off the plane from Pisa. I nearly spit it out; there was no comparison. The same held true for wine. I went on what seemed like an eternal quest to find the elixir that filled those humble restaurant carafes. My holy grail of wine.

Chianti. That was the elusive wine for which I searched (ironically the most commonly consumed Italian wine worldwide). Could it be that easy? Could it be right in front of my eyes this whole time? As they say, “Good thing it wasn’t a snake…” Actually no. In the United States, Chianti had a bad rap. It was that cheap wine in the wicker baskets, better fit for holding candles. It was the stuff that serial killers drank with their fava beans. It was a wino wine that had become something of a cliche of itself. Something so Italian it no longer represented the Italy of our dreams. Italian winemakers have been working to reverse this stereotype, with much success. The secret to an exceptional Chianti, it turns out, is in the quality designation.

This weekend we opened a 2016 Marchesi Torrigiani Chianti which epitomizes the Italian red wines that I love. First, you’ll notice the letters DOCG, standing for Denominazione di Origine Controllata e Garantita, on the label of the bottle. Italian wines are classified, similar to those of France, to denote quality. There are four tiers in this classification scale: DOCG, DOC, IGT and VdT. The highest tier, and the one to which this Chianti belongs, DOCG, means the wine meets the strictest quality standards, is made with 100% Sangiovese grapes and has been tested by a government approve panel for purity. When choosing a Chianti, always look for these four letters to assure the bottle will be of the utmost quality.

This Chianti is a brilliant shade of luminous ruby in the glass, without a trace of caramel or tawny browns. On the nose it carries hints of black cherry which evolve into earthy, wet clay as the wine breathes. The wine has medium soft tannins, causing just a bit of pucker at first with the flavour of slightly unripened blackberries and cranberries. The acidity is fairly high, making it a good match to rich or highly spiced dishes of beef and veal. The finish is crisp and celery-like that lasts long on the palate.

With all that said, let me just mention one last thing. Tasting notes are abstract and highly subjective. They can come across as pretentious or over-elaborate and can be a turn-off or a frustration to someone who is simply looking for a good bottle to take to the in-laws for dinner. As one who doesn’t often struggle to string words together, I find that writing tasting notes is like grasping for the individual brush strokes of a painting instead of admiring and describing the picture as a whole. Rather, when I take a sip of wine I see an array of colours coming together as if on a canvas. For what it’s worth, when I drink this Chianti I see a sheet of purple silk, very royal in colour, shifting and moving with the same serpentine motions of a snake slithering across the desert. Woven into the fabric and visible within the up and down undulations is a single orange thread, catching the light here and there in a sidewinding motion across the surface of the canvas.

One thought on “Marchesi Torrigiani 2016 Chianti”