I’m still trying to convince myself that summer’s not almost over, even as the leaves are quickly starting to blush and the nights are turning so cool that we’ve had to add extra blankets to the beds (instead of turning on the heat – it’s too soon for that!)  It started off imperceptibly enough, with just the slightest hint of yellow in the top branches of the trees that line our street.  But just yesterday, as I drove through the neighborhood I was shocked to see that the branches are suddenly more gold than green.  When did that happen?  And then the urgency struck.  To make summer last just one weekend longer, just one day more.

It’s a curious new feeling for me.  Year after year I welcome fall like an old friend.  My best friend, in fact, it’s my favorite season.  I trudge through summer with my eyes always on her, like a wanderer plods through a desert; her cool nights are the oasis that is often just out of reach.  But not this year.  No, she showed up on our doorstep unannounced at the end of August.  Or so it seems.  And I wasn’t ready for her.  However, despite the chill in the air and the changing leaves, the calendar still says it’s summer, and I’m holding on to that as tightly as I can, for as long as I can.  Because if the calendar still says it’s summer, then it’s still summer in my kitchen and as such, there’s no shame in sharing one or two more summer recipes before time runs out, is there?  Like the seasons, the time for my favourite summer recipes is slipping through my fingers, just as strawberries & cherries are too quickly being replaced by apples & figs (which, by the way, would look just as pretty on this tart).

garnish with:
seasonal berries, cherries, currents, edible flowers, or whatever else is in season

To make the crust:

Mix the egg yolk with the milk and set aside.  In a large bowl, mix the flour, sugar & salt.  Cut in the butter with a pastry blender until the mixture is very fine.  Using the pastry blender, incorporate the egg yolk & milk mixture.  If the dough seems too dry add a bit more milk, as needed, until the dough just comes together.

Wrap the dough in plastic wrap and refrigerate for 45 minutes – 1 hour.

On a lightly floured surface, roll the dough out to just larger than your tart pan.  Press the dough into the edges of the pan and trim the excess.  Use the trimmings to reinforce the inside edges of the tart shell.

Lightly prick the bottom of the crust with a fork.  Line the crust with aluminum foil and fill with pie weights or dried beans.  Bake for 10 minutes.  Turn the oven to 350 F (180 C) and remove the foil & weights.  Bake for an additional 10 – 15 minutes, until lightly golden brown.  Cool completely before filling.

To make the pastry cream:

Heat the milk in a medium sauce pan with the vanilla bean, until it just bubbles.  Meanwhile, beat the eggs with the sugar until thick and creamy.  Beat in the cornstarch & a pinch of salt.  When the milk boils, remove from the heat and slowly pour it into the egg mixture, beating constantly.  Pour the mixture back into the sauce pan & cook on low, stirring constantly, until thickened.  If the mixture boils & curdles, whisk it until smooth and of the consistency of pudding.

Remove the vanilla bean and pour the pastry cream into a clean bowl.  Allow to cool slightly.  Cover with a layer of plastic wrap, placed directly on top of the cream, to prevent a film from forming.  Refrigerate until completely cool.

Fill the baked tart shell with the cooled pastry cream and arrange fruit and berries on top.  If desired, sprinkle with powdered sugar just before serving. 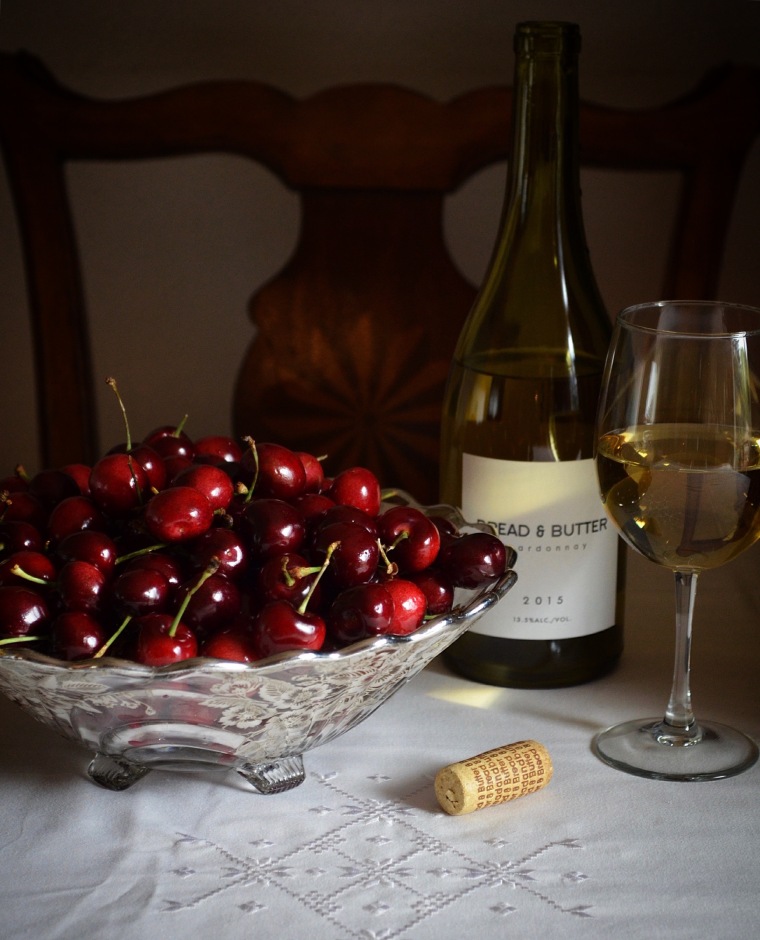 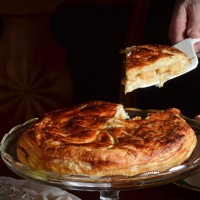 I’m cleaning out photos from my laptop & feeling very #nostalgic today. Looking back at images from 4 or 5 years ago I remember feeling so hopeful and driven - a self-contained ball of energy like a comet shooting straight toward her goals. The pandemic derailed all that. While I’m still driven and focused, I feel fractured, too. Pieces scattered about and I can’t seem to fit them all back together the way they were before. What that tells me is things aren’t meant to be the way they were.
Happy birthday, Betty White! 🎈 In honor of her 100th birthday, I donated to @american_belgian_malinois_resc - the organization through which we adopted Nandor and Alita. ❤️ #bettywhitechallenge #adoptdontshop #rescuedogsofinstagram #abmr #belgianmalinois
Mother daughter TikToking + apple pie in the kitchen today. Seriously though, I’m thankful for all her help with things like TikTok and reels and everything else at which her generation excels. ❤️ #blessedandgrateful #inmykitchen #motherdaughter #applepie
I finally checked out @mariekondo ‘s Spark Joy from my library. I read her first book years ago and couldn’t stop thinking about it. Her philosophy and methods are so inspiring - owning only those items that bring us joy and happiness. I’m not one for New Years resolutions, but this year I did jot down some goals in my planner. Eliminating food waste in my kitchen (major!), discarding and decluttering (always!) while being diligent about recycling, seeking silver linings in ordinary domesticity and leaving each room in my home cleaner and more beautiful than when I entered. We certainly all can use more joy in 2022. I can’t wait to discover all the gems in this little book. Have you read any of her books? Did you watch The Netflix programs? I would love to know what’s bringing you joy this year.
My version of the Galette des Rois, or King Cake, is made with caramelized apples, mascarpone and pillowy puff pastry. I wrap a small *clean* coin in aluminum foil to hide inside. 👑 Recipe at the link in my bio.
Happy New Year! We had a little bubbly leftover from last night so I made pomegranate spritzers. Couldn’t be easier: half pomegranate juice, half sparkling wine. That’s it! Cheers to a happier and healthier 2022!